5 Most Popular Types of Air Purifiers In order to create the best possible environment in your home, it’s wise to have an air purifier working toward your benefit. Modern air purifiers do a great job of eliminating all kinds of issues from the atmosphere in your home. The result is not just an internal environment that feels fresher and is free of any smells, but one that is also healthier for you to breathe.

If you’re in the market for an air purifier, the following five types are currently the most popular. While you’re probably plenty familiar with UV light, chances are you may not be aware that it can be used to create a healthier atmosphere inside your home. UV purifiers leverage electromagnetic radiation to kill off bacteria in your air and other kinds of pathogens that may be posing a risk. These filters are also reliable ways to handle issues in your home caused by mold, viruses, and yeast.

Unfortunately, this high-tech option actually stops short of being able to tackle allergens, dust, and solids that might be floating through your air. It also won’t be able to clear the air of things like cigarette smoke, gases or chemical fumes. For this reason, many people actually use UV air purifiers in conjunction with other types of filters to ensure they cover the entire spectrum.

Lastly, be sure to spend the money on purchasing a high-quality UV filter. Some of them actually produce ozone in order to get the job done, which could be potentially dangerous.

Another very high-tech form of air purification comes by way of ionic models. These machines are constructed around ion generators. An ionic generator works by sending out a steady source of negatively charged ions. They, in turn, attract allergen particles, airborne dust and other debris with a positive charge. The exchange between the ions and these particles modifies the latter until they’re too heavy to stay airborne. As a result, they fall to the floor where you can sweep or vacuum them up later, but where they definitely won’t get inhaled.

One of the many reasons people love ionic purifiers is because they’re so effective at getting rid of second hand smoke. They are also extremely affordable, despite the many benefits they bring to the table.

Like UV purifiers, the ionic versions also produce ozone as a byproduct, which is believed to be dangerous to inhale. So again, you’ll want to be very careful about the brand you consider when shopping for this type of air purifier. The carbon filter—often referred to as activated carbon filter—is yet another category of device that can help you keep a cleaner, healthier home. The crux of this filter is the activated carbon, which is often in granular form or otherwise produced as a powdered block. This material is made extremely porous so that a single gram of it can actually have a surface area of 500m² or more. With so much surface area to offer, this filter can absorb large amounts of allergens and contaminants, despite needing so little room to work.

The process at work with a carbon filter is called adsorption. It occurs when organic compounds have a chemical reaction with the activated carbon which causes them to stick.

Despite their many benefits, this type of air purifier is best used in conjunction with HEPA units. When used together, they are extremely efficient at trapping and removing lint, dust, mold spores, pet hair, smoke, VOCs and common household chemicals.

As you probably know, ozone is an essential feature of our planet’s atmosphere. Without it, we would fall victim to harsh UV rays and life as we know it would soon be history. However, many air purifiers now use ozone to protect residential homes from all kinds of contaminants in the air.

The way these purifiers work is by essentially pumping ozone into the home’s air. Whatever ozone touches, it basically oxidizes. For example, if you were to expose iron to ozone, you’d have rusty iron. This is a very effective way of killing off mold and mildew in your home, as well as foul odors.

Unfortunately, a number of health concerns have been raised about ozone over the years. Although it is essential to life on our planet, it’s also a pollutant once it isn’t confined to the atmosphere. Its ability to oxidize things also makes it a potential danger to small animals in your home.

Ozone purifiers are best used for commercial reasons or emergency purposes. If your home floods, once the water is pumped out, ozone purifiers are another option to help clear it of any mold or mildew that may be forming as a result. Although, a dehumidifier is still the best tool for this job. HEPA air purifiers are extremely popular these days, but their history stretches all the way back to the 50s when the US Atomic Energy Commission needed a solution for small radioactive particles. The answer they produced was High Efficiency Particulate Arresting (HEPA) filters. Today, they’re used in everything from hospitals to beauty salons to residential homes.

In fact, they’re becoming so popular that many manufacturers now market their devices as “True HEPA” to assure their customers that their products feature legitimate HEPA technology and not some knock-off version. If you’re interested in HEPA filters, consider the following devices:

HEPA filters use three separate components to trap tiny particles in the air. The first filtration element intercepts particles from out of the atmosphere. Any that are larger than these tiny ones get removed via impaction, meaning the filter essentially slams into them and they can’t adjust to taking a new direction, becoming imbedded in the material instead. The third method, diffusion, also interrupts the flight pattern of these particles, making it easier for impaction and interception to do their jobs.

For these reasons and many more—including their lack of drawbacks—HEPA filters are considered the best option on the market by far. However, before you ever buy a filter of any kind, be sure you do your research into the manufacturer so you know what you’re paying for. 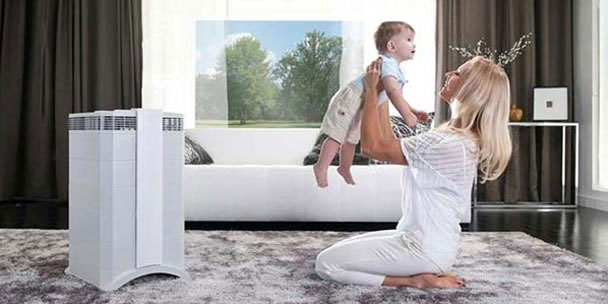 Why You (Probably) Have Poor Indoor Air Quality 4 Benefits of Using a Dehumidifier

How Air Purifiers Help You Find Relief from Fall Allergies

The Adverse Effects of Excess Humidity

What Capacity Dehumidifier Do I Need? 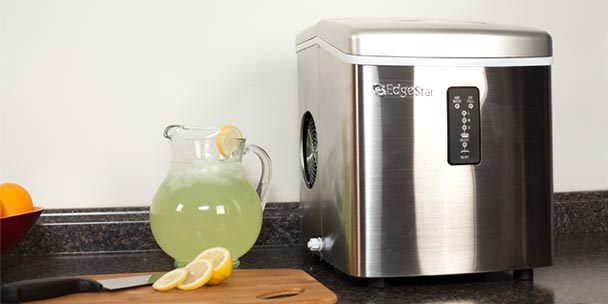