Compressor vs. Thermoelectric Wine Coolers: Which One is Right for You? Wine lovers who have an interest in aging and properly storing their bottles often take to clearing out a portion of their cellars for storage purposes. In a perfect world, this would be enough to get the job done. Once reality sets in, however, many people are faced with issues such as temperature variation, mold and all sorts of other hurdles that can get in the way of aging a great bottle of wine. It is at this point that many people start looking at other options they might have at their disposal, and in most cases, the next step is to purchase a wine cooler.

One of the first things people learn when in the market for a wine refrigerator is that there are seemingly countless different types of products to choose from. Many of these come equipped with features that can surely come in handy, but at the end of the day, the biggest thing to look at when shopping for a wine fridge is its cooling method. In the vast majority of cases, you can expect to encounter two different types of wine coolers: those that utilize thermoelectric cooling and those which are compressor-based.

As one might expect, both of these types of cooling technologies come along with their own unique sets advantages and disadvantages. Before diving into which type of wine fridge is right for you, however, let’s take a moment to go over how each type works. Most people are under the impression that wine coolers work in the same way as traditional refrigerators, and in the case of units that are based off of a compressor, this is true. Essentially, compressor wine coolers use what’s known as a vapor compression cycle in order to remove heat from the cabinet, the same way an air conditioner removes heat in a home.

This system is typically comprised of four main parts: the compressor, the condenser, the expansion valve and the evaporator. The compressor’s job is to pressurize the gas, while the condenser radiates heat into the environment. Once the refrigerant hits the expansion valve, its pressure is reduced, which turns it into liquid form. Finally, the evaporator absorbs heat from the air, resulting in the cold air that is used to properly cool your wine.

It may sound confusing, but there’s a good chance you have at least one other piece of equipment in your home that utilizes this type of technology. Some wine fridges also come equipped with fans, which circulate the air and allow for even cooling. While the technology has stayed the same for many years, manufacturers of newer wine fridges have figured out ways to perfect it, leading to more energy efficient products with enhanced functionality.

With thermoelectric wine coolers, an entirely different type of technology is utilized to keep the wines at the right temperature. These units operate based off of two pieces of metal that are fused together, with each side being made of different materials. Essentially, one side of the joined metal gets hot, while another gets cold as an electric current is sent through them. The hot side is basically a heat sink, allowing heat to pass through and dissipate on its own.

These devices are based off of what is known as the Peltier effect, and while there don’t have to be any moving parts involved, interior and exterior fans are typically used to help increase air circulation, as well as ventilation.

Advantages of Each Type of Wine Cooler

Once you have a solid understanding of how each of these types of cooling systems work, the next logical step is to determine which one is right for your home.

Another advantage of compressor coolers is that they cost less to operate than thermoelectric wine coolers. Just about everyone would prefer to keep their energy bills as low as possible, and since thermoelectric wine cooling units operate nonstop, they tend to suck up a decent amount of electricity. Compressor units are a different story, however, only clicking on when necessary. They also aren’t nearly as affected by ambient heat as thermoelectric fridges, which can be quite costly during the summer months. It is worth noting that compressor wine coolers typically feature a larger capacity and are more likely to be built-in units.

For those who place a strong emphasis on “going green” and living as environmentally friendly as possible, thermoelectric refrigerators are the natural right choice. Refrigerants have certainly come a long way, but even the best coolants still give off greenhouse gases, which contribute to global warming and climate change. Thermoelectric wine fridges don’t utilize any coolant to chill down the environment, thus making them a “greener” choice than the alternative.

In the end, the decision you make regarding which wine cooler to buy will come down to the size of the area you have to work with, the amount of wines you’re looking to store and your budget. Once you have all of these factors figured out, however, it will be up to you to determine whether you’re more inclined to install a compressor or thermoelectric wine cooler. Regardless of which option you choose, you should have no trouble getting your wines to the exact right temperatures soon after plugging in your new wine fridge!

Erik Neilson is a professional freelance writer based in Portland, ME. With a broad background spanning print/online publications, copywriting, content creation & marketing/PR, Erik offers his services to clients across all industries. He is currently Editor of ZEST Maine, a bi-monthly print magazine focusing on Maine food and drink. In addition to being a professional writer, Erik is a critically-acclaimed musician and has released multiple albums under a variety of different projects, including the dark Americana act The Ghosts of Johnson City. Built-In vs. Freestanding: 5 Things to Consider When Buying A Wine Cooler 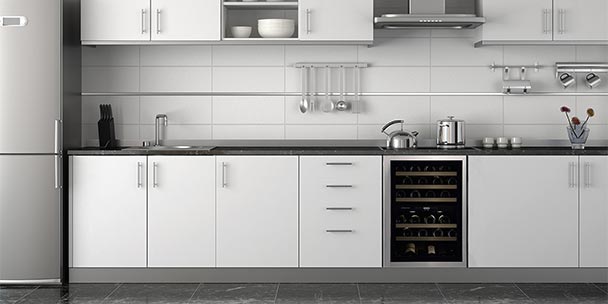 Ideas for Installing a Built-In Wine Cooler in your Kitchen 7 Tips for Storing and Aging Wine

20 Tips for Remodeling Your Kitchen 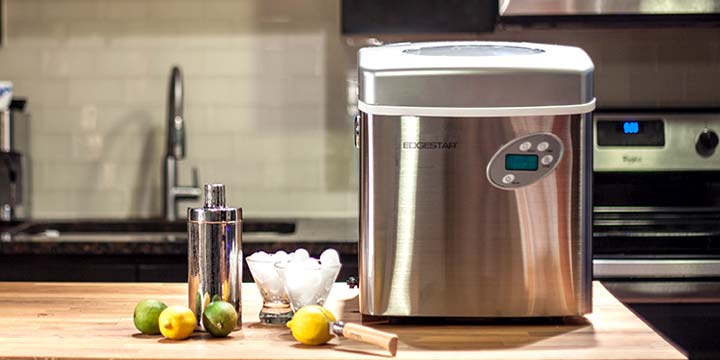 6 Reasons to Add a Beverage Refrigerator to Your Entertainment Areas 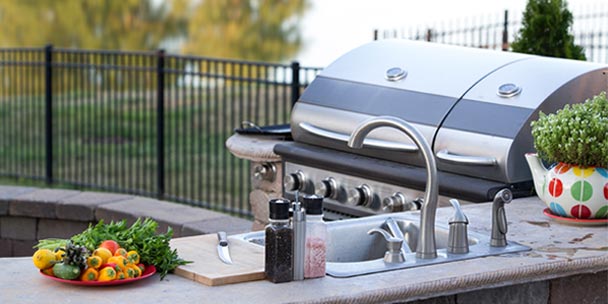 10 Appliances Every Office Should Have In Their Break Room